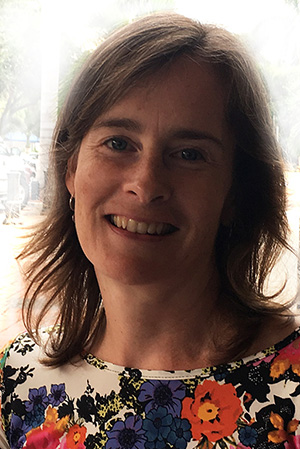 As a spiritual director, I act as companion with individuals and groups seeking to deepen their relationship with the Divine. Prayerful listening and reflection allow room for the Spirit as guiding force to flow as the intended “director.” I seek to facilitate such environments for spiritual inquiry through direction sessions, communal prayer, quiet days, retreats, and the visual arts.

I have had the opportunity to facilitate retreats and quiet days at the Duncan Center of Delray Beach, Fl; Adelynrood Conference Center in Newbury, MA; at The Cathedral of Saint John the Divine, NYC; The Center for Chrisitan Spirituality at General Theological Seminary, NYC; as well as for Companion chapters, and at the parish level.

Other Education and Background

I am trained as a Board Certified Clinical Anaplastologist in Facial Prosthetics through Columbia University & the Bronx VA Medical System’s Maxillofacial Technician program. My business is Boca Facial Prosthetics.

Prior to attending seminary I worked as an administrator and educator in environmental programming – and in administration, programming, curation and collections in natural and cultural history museums. I earned my BA in Human Ecology from College of the Atlantic in Bar Harbor Maine.